skip to main | skip to sidebar

Hi all,
After a year of no activity on this blog, I'm moving my blog and starting to be a regular blogger. If you're interested, please follow me on my new blog: sustainablehealing.wordpress.com. Hope to see you there!
Posted by Dr. Kate, Evolution Natural Medicine at 6:46 PM No comments:

Self-Care As a Political Statement: One Naturopathic Doctor's Take on Healthcare Reform

There are a few aspects of the current healthcare reform effort that are, in my view, a move in the right direction. The ones that jump out for me are the underlying goal of providing access to quality healthcare to everyone and the effort to enforce a greater level of accountability on the part of insurance companies. However, in my view, the remainder of the healthcare reform effort is seriously misguided, because there is no way that it will result in a healthier American population, and universal coverage of an increasingly unhealthy population is simply not economically feasible. I say this from the perspective of being a social Democrat who believes that access to healthcare is a basic human right, so that when anyone needs medical care, they should have ready access to it without financial obstacle. But in the US, increased access to the existing conventional medical system will not result in healthy Americans, because the system is not designed to restore (nor do its economics incentivize) wellness. It is designed to manage disease.

Most of my disagreement with the current healthcare reform effort comes from its starting premise: that the way to solve our healthcare problem is to provide high-tech medical care and prescription drugs to everyone when they get sick. This strategy is never going to change the fact that the U.S. is 39th out of the 40 wealthiest countries in the world in morbidity and mortality. It is not lack of access to healthcare that is making us sicker than other industrialized first-world countries. As a population, we are sicker than those in other countries because of the diet and lifestyle conventions and socioeconomic and mental/emotional patterns that are prevalent in our society, as well as the unnatural-ness of our environments. We are also sicker than those in other countries because of the large toxic loads we ask our bodies to carry, the main sources of which are our industrialized agriculture system, the ways that our food is processed, and the over-the-counter and prescription drugs and vaccines that we put in our bodies (yes, I'm saying that our medicine is making us sicker in the long-run). As long as these things remain unchanged in America, we will continue to be sick and have to seek help from an evermore expensive healthcare system.

When the current healthcare reform debaters address the topic of "prevention", they are not really talking about prevention at all. They are talking primarily about early detection, in the form of tests like mammograms, PAP smears, colonoscopy, PSA tests, etc. Those tests don't come out positive unless the person is already sick! So how can they fall under "prevention"? Real prevention is eating whole, unprocessed and unadulterated, nutrient-rich food, drinking enough clean water, moving your body, sleeping adequately, keeping your stress level low, breathing appropriately, having heart connections with other people, being part of and spending time in community, keeping as many toxins out of your body as possible and making sure the routes by which your body eliminates toxins are working well, doing work that feeds your soul and is in alignment with your sense of purpose, connecting in some way to a power greater than yourself, and processing your emotional stuff so that it doesn't control you.

One of the things I really don't get about the whole health insurance thing is why it has become the responsibility of employers to provide health insurance. Yes, I understand that employers benefit financially from having healthier employees, and I understand the history of industry, and the fact that most serious injuries used to occur on the job for most types of employees. But in the information age, we are at a point in time when that is no longer true for most employees. So why is it the employer's responsibility to pay for every employee's health insurance premium? (understand that I'm saying this from the perspective of someone who is decidedly not "pro-corporation") As someone who has been neither an employer nor a benefit-receiving employee for a very long time, I may be more objective than many on this topic, because I don't have a dog in the hunt. So, I'll say it again--why are employers being essentially mandated to provide health insurance for their employees under the current reform plans?

What if healthcare reform were approached with the primary goal of optimizing the health and well-being of the American population? Well, in order to really establish that goal and follow through with actions to achieve it, we would have to completely exclude the financial interests of insurance companies, drug companies, and other healthcare corporations from the debate. We all have a pretty good idea that that's not going to happen, especially given this week's decision by the Supreme Court on corporate funding of political campaigns. But let's just say, for the sake of creative brainstorming, that it were possible. In that case, I think we could reach the goal of a healthier America by making these starting steps in healthcare reform:

1. Employers stop paying for health insurance premiums completely. Instead, in keeping with their financial interest in having healthy, highly productive employees, they would spend that money on 1) extensive and effective employee wellness programs to teach folks what it means to be well, what is necessary to stay well, and how best to take care of yourself when you have an acute illness to keep it from progressing to something more severe, 2) reducing employee work hours to allow folks more time to spend on true preventive self-care (which most likely would make employees more energetic and focused and would end up resulting in no net loss of productivity--there are studies on this), 3) ensuring the most health-supportive work environments possible, and 4) providing reliable childcare to employees (which would also provide financial benefit to employers due to less employee absenteeism). Even providing all of this, if employers were no longer paying insurance premiums, I'd bet they'd still be spending less per employee, and I'd bet that employees would be more productive overall. Additionally, tax incentives could be given to businesses whose employees ended up utilizing the healthcare system less due to improved wellness education and changed diet/lifestyle behaviors--incentivizing wellness (what a concept)!

2. Given that #1 would result in much less demand for expensive, higher-tech healthcare in the long-run, a single-payer system that would guarantee payment for healthcare services for everyone in the country would be feasible. In my view, the only way universal coverage will ever be economically feasible (and the reason it is feasible in other countries) is if there is less need for expensive, high-tech healthcare. Also, a single-payer system would remove the huge profits of insurance companies and drug companies from the equation, making healthcare less expensive. I feel strongly that, from an ethical/energetic perspective, no one is ever going to truly heal from illness at the hands of a system that is producing huge profits to a few off the illnesses of many. It's just wrong for one human to profit in that way from the suffering of another. We will never achieve higher consciousness as a whole until this sort of thing is erased from our societal structure.

OK, now we come to admitting that the likelihood of the strategy above ever being adopted by our government is slim to none. And yet, the fact that the overwhelming majority of first-world countries are healthier than we are, despite the fact that we have "the best healthcare in the world", is proof that the current approach to healthcare reform is akin to stepping onto a sinking ship. So what do we do? We take matters into our own hands. If we provide our bodies with what they need to function well, then they will function well, and the landscape of healthcare will change completely. We stage a self-care revolution and make the political statement that we reject a system that doesn't help the overwhelming majority of sick people to heal, and we go forth and empower ourselves to achieve true wellness without using drugs and surgery except in the most difficult cases. Personally, I just can't see spending my energy trying to keep the sinking ship from going down. Instead, I'm gonna stay on terra firma and do my own thing.

What would our lives be like if we lived in alignment with nature’s rhythms?

For most of human history, life has been lived in concert with nature, with respect for the limitations nature places on us and with gratitude for the abundance nature provides. Modern life has led us away from the rhythm, regularity and simplicity of such a life and has produced many cultural norms that are detrimental to our well being, both as individuals and as a society. The idea that we can conquer nature by way of technological advances and, thus, live a life free of disease has not born itself out to be true when it comes to our overall health and sense of well being. This is because the human body, mind and spirit are not apart from nature but, instead, function according to natural laws. Consequently, true wellness and a high quality of life can best be achieved by re-learning how to live in synergy with nature and by optimizing the amazing healing power of nature to our benefit, instead of spending our time, energy and money attempting to overcome it.

In January, I'll be opening my new naturopathic medical practice, Evolution Natural Medicine, in the Fremont neighborhood of Seattle. Soon thereafter, I'll begin working with patients as an Intern at the Wu Hsing Tao School for classical five element acupuncture. In working as a partner with patients to improve their health and quality of life, my primary goals will be to help find the places in each patient's life where there are obstacles standing in the way of their true healing and to help patients find ways to naturally remove those obstacles, producing a lasting and sustainable cure for what ails them. And based on my past experience, the obstacles to healing tend to show up wherever a person is not living in alignment with the rhythms of nature.

The rhythms of nature will be a frequent topic for exploration on this blog--it's an almost limitless subject! And I'm really excited to explore here how naturopathic medicine and five element acupuncture can be used synergistically to help us all to heal and to sustain our health--sustainable healing! There are only a couple of other practitioners in the U.S. who are practicing these two healing arts together, so the territory is wide open for creating new healing possibilities!

Sustainable healing also has another meaning to me. It means creating a healthcare system that is focused on the cultivation of true and lasting wellness of body, mind and spirit instead of the current focus on disease management. It means the empowerment of each of us to create and maintain our own good health and high quality of life without expensive medical interventions. It means creating a healthcare practice that is a conscious and responsible local business and that treads lightly on the Earth and does no harm to its inhabitants. And it means providing healthcare that is financially accessible to all who wish to come.

So, if any of these topics interest you, come hang out with me here every now and then and we can chat about sustainable healing! 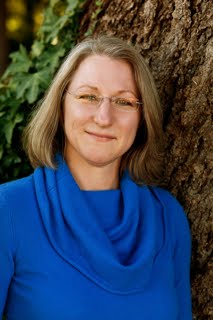